"Previously, life science had a relatively hidden role in Umeå – but during this year's Umeågala we have proven that we are an industry that has great potential", says Jennie Ekbeck, CEO of Umeå Biotech Incubator.

The Umeågala has been organized for 16 years and has around 900 guests annually. During the gala, successful companies and entrepreneurs are celebrated and twelve prizes are awarded. Historically, relatively few awards have gone to life science companies – primarily Nordic Biomarker has been awarded prizes, including Årets Tillväxtföretag – Growth Company of the Year.

However, at this year's gala, three of twelve awards went to life science companies linked to Umeå Biotech Incubator.

"We had three nominations and got all the winnings", says Jennie Ekbeck.

Inficure Bio, which has developed a model for combating fibrosis and has gotten several major international contracts during the year, was awarded the prize New Company of the Year – and UmanDiagnostics received the awards Technology Prize and the Year's Spin-off Company.

"It is fantastic and honorable that our work to fight fibrosis is noticed. We are a small and fairly newly started company and the award show that with a strong team and a good idea you can go far", says Sofia Mayans, CEO of Inficure Bio and co-founder of the company with Dan Holmberg.

UmanDiagnostics works with a nerve injury marker to more easily detect brain damage and neurological disorders. At the beginning of the summer, the company was sold to US major company Quanterix for $ 22.5 million. However, UmanDiagnostics will remain in Umeå and has since hired several new employees.

"Winning in such widely different categories as the Technology Prize and the Year's Spin-off Company means tremendously to UmanDiagnostics. It's a confirmation that we have invested correctly. The ability to diagnose neurological diseases and concussions at an early stage is very central when it comes to using the right medication and giving the patient an improved quality of life", says Niklas Norgren, CEO of UmanDiagnostics.

Umeå Biotech Incubator has set the goal of doubling the SMEs in life science in Västerbotten in ten years.

"With the awards at this year's Umeågala, we feel that we are well on our way. The industry is growing and the entire business community in the region is starting to notice all that happens in life science in Umeå. It is a bubbling, innovative pot that reaches far beyond Sweden's borders", says Jennie Ekbeck. 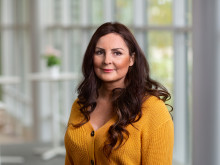 ​Umeå Biotech Incubator has been named the best in Sweden in the category Best Accelerator Program or Incubator Program – and thus goes on to the Nordic final in the prestigious Nordic Startup Awards. "Now we keep our fingers crossed that as many people as possible votes for us. We aim to win the finals – and to move on to the global finals in China", says Jennie Ekbeck, CEO at UBI. 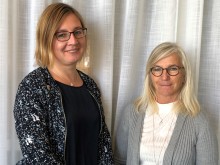 Following the $22.5 million acquisition this summer of Umeå-based UmanDiagnostics by major US biotech company Quanterix more people are now being hired at its offices in Umeå. “Demand for our products is extremely high in the global marketplace and we’re probably looking at hiring even more people in the future”, says Niklas Norgren, CEO of UmanDiagnostics.

Umeå-based Inficure Bio signed the biggest deal in the company's history back in April. Now they have signed a new deal - which is twice as large. “This is a fantastic opportunity for us. Deals like this demonstrate that our international credibility is increasing”, says Sofia Mayans, CEO of Inficure Bio. 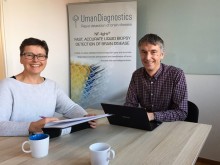 Umeå-based life science company UmanDiagnostics has signed a new licensing and supply agreement with global giant Siemens. “Siemens is a world leader in our industry, so this is an extremely important agreement for us," says Niklas Norgren, CEO of UmanDiagnostics. 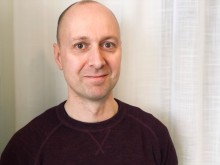 Recruitment drive at UmanDiagnostics continues as orders anticipated to rise

Last summer Umeå-based UmanDiagnostics was acquired by major US life science company Quanterix for $22.5 million. Now it is recruiting additional staff at its offices in Umeå to meet an expected rise in new orders. “We’re continuing to invest and are confident we’ll come out of the Coronavirus crisis even stronger, despite the uncertainty being faced by many industries,” says Niklas Norgren, CEO. 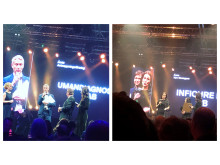